The Durham Divas: Is Riding Just For The Boys?

On March 8, International Women’s Day celebrates women’s achievements throughout history, which lends itself to us showcasing and highlighting the fabulous Durham Divas!

This year, for International Women’s Day the #PressforProgress calls for us to think, act, and be gender inclusive. Since 2004, The Durham Divas, an all-female motorcycle group in the Durham Region, has promoted women into motorcycling!

In 2004, Sylvia Spice (founding president) started the Durham Divas. Sylvia and the other founding members were a group of beginner women riders. Other than their periodic meetings at Tim Hortons to talk bikes, there was no local club for the women to join in the Durham Region, so they started their own.

Now, the Durham Divas are a group of women who wish to have fun, while enhancing the image of motorcyclists in general. The group promotes fun, education, safety, and women into motorcycling. The Divas also host charity rides to raise money to give back to the community. 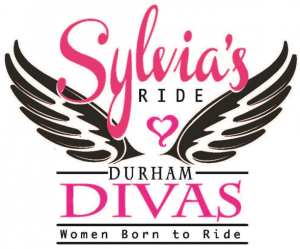 In 2006 during a Bike Week trip, Sylvia (also known as “Spicy Diva”) passed away peacefully in her sleep in her 59th year. In 2007, the Divas organized a charity ride in her . Sylvia’s Ride is now an annual ride. Last year, the ride raised $4,250 for Grandview Kids. This year, Sylvia’s Ride will be held on May 26, 2018, at 9:00 am. The ride is open to all riders and includes lunch and entertainment. To register for this year’s ride, or to check out more events, visit the Durham Divas website.

TIPS FOR ENJOYING YOUR RIDE | VIEW ALL »

Are E-bikes Really Safer Than a Standard Bicycle?

We know e-bikes are faster and easier to ride but are they also safer than a bicycle? New data from Bikmo shows this may be true!

Make a Statement with These 3 Unique Motorcycle Accessories

Even though we are approaching the fall season, we want to extend motorcycle riding as much as possible. Read our tips on how to make the most out of fall touring.